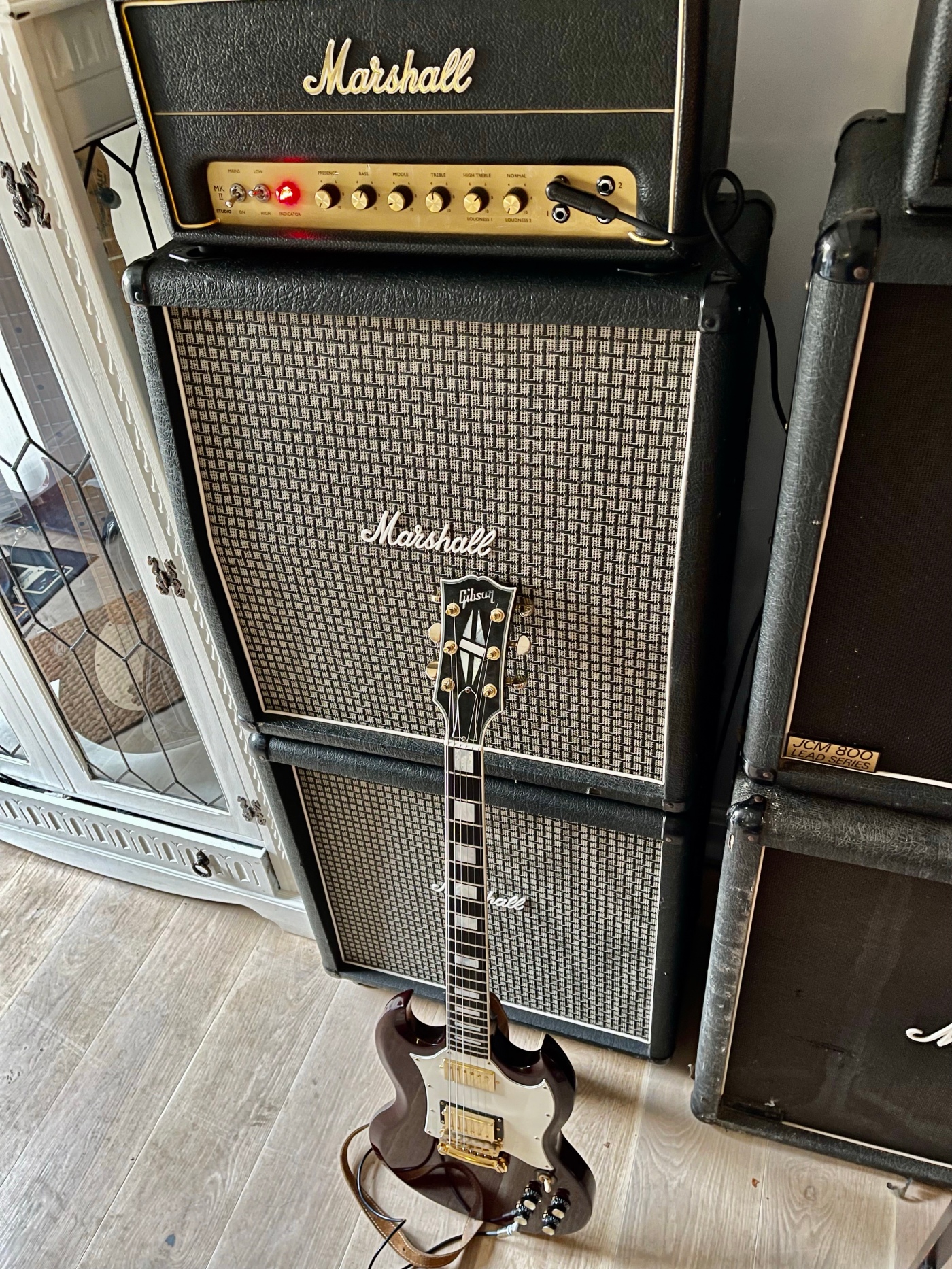 These are cute, aren’t they? Like little monsters before they get angry and start roaring!

The SV20H is part of the new series of Marshall, attempting to deliver classic rock sounds at friendly volume levels, they also have a re-vamp of the jcm800 called Studio Classic.

It also has the ability to go down to 5. Now… you might think… oh good, I can use this at bedroom levels… wrong!

5 watts is borderline ok for a rehearsal, the full 20W is loud enough for a gig and no microphone required for the cabs.

The SV20H is an awesome bit of gear, the tone is there, the classic Marshall tone we all want.. is there, I used to have a 1987x and sold it on, It was heavy and I was always carrying an attenuator I also sort of fell out of love when I bought the Mesa Boogie 295 + the studio preamp.

I honestly think that the SV20H is an improved version of the 1987X and also a friend of mine has the same feeling… and he owns an original 1987.

It cuts through better… it creates better feedback.. more responsive, better clarity. It’s an improved Marshall, companies seem to have taken the chance to make things better and not just repeat history… I also cover this subject on my latest Gibson SG Custom Shop.

Technology is better than 50 years ago, this doesn’t mean we live in the future and we stop using the same concepts as before, there’s no need to revolutionise the gear we use… but… better components, more reliable, and more importantly… better testing environments, more time… smarter people and… a bigger customer always gives you more feedback. There is more competition than we ever seen before and brands are listening.