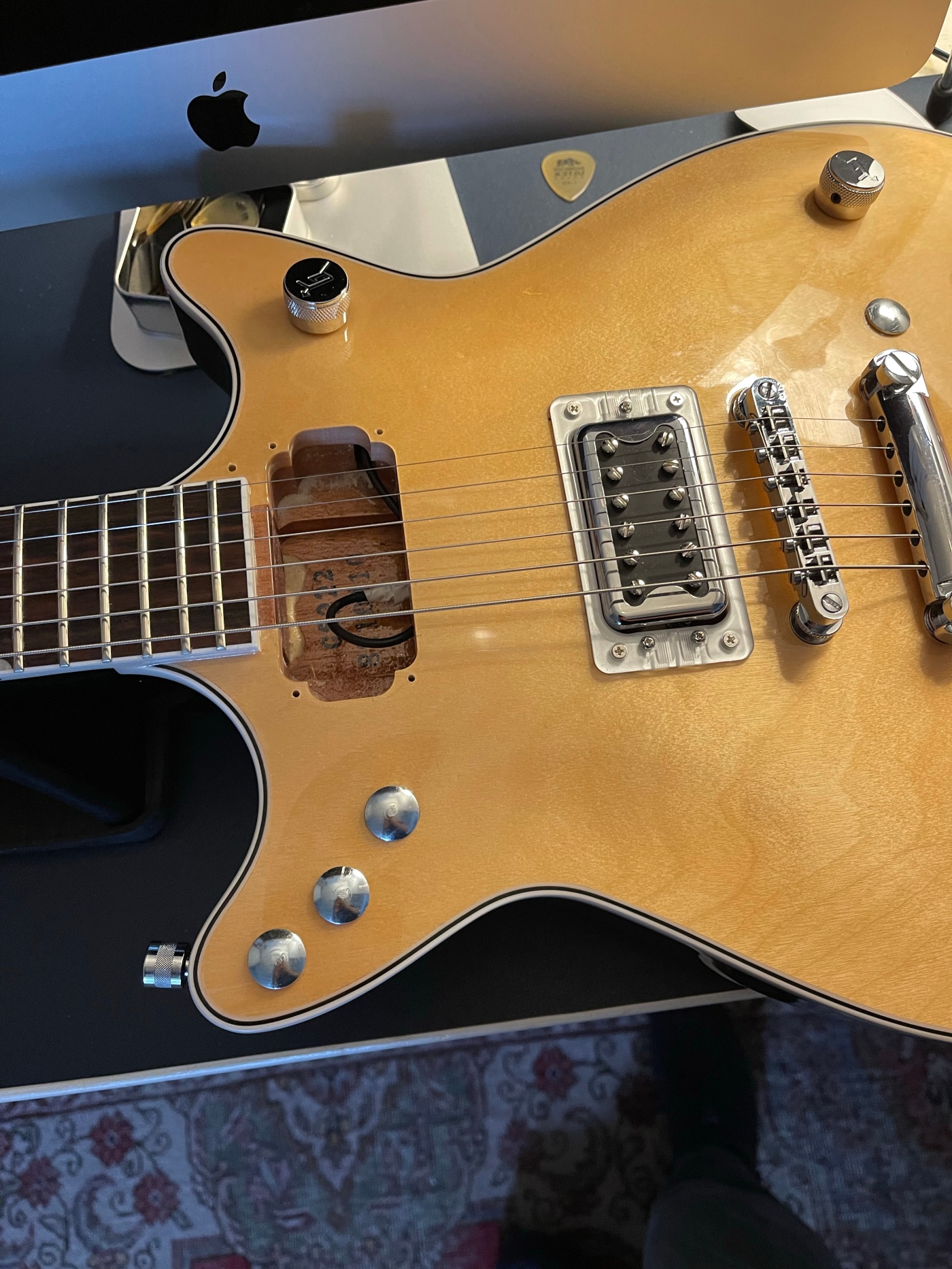 Ah yes, Malcolm Young, the oil that made the AC/DC engine run.

Ever since Gretsch launched their tribute to Malcolm… I’ve been annoyed with them, I felt 10 grand was way too much and not targeted to the real fans ($7k should’ve been the custom shop price). The. They launched the cheaper alternative, which looked exactly the same… however… the neck pickup hole had two painted pieces of wood to the sides…. Instead of being all black like the custom shop. So I guess Gretsch said, let’s make sure people can tell from far who has purchased the expensive one. Poor marketing from Gretsch.

Anyhoo… for those who remember, these models I mentioned above are not the first attempt to do a Malcolm replica, this might be the 2nd or 3rd attempt.

But there’s now a 4th attempt!! That all Malcolm Young fans have noticed… and this is the G5222, a Korean made affordable guitar, and there’s nothing cheap about it! Well… the price is low.

This is actually my first Gretsch, since I play Angus at my band Meanstreak I never had the need to buy a Malcolm lookalike guitar.

I was so impressed with this guitar as soon as I picked it up, setup was excellent, intonation was excellent, great sustain and the pickups… they sounded great! Very distinct sound, not a normal gibson type humbucker.

I of course already started the conversion to Malcolm’s Gretsch, I wasn’t totally sure originally… I felt the guitar was too good to butcher it, but… the guitar is for the band and… it needed to look closer to Mal’s.

I removed the neck pickup, removed toggle switch and one of the knobs, I bought bolts which I only used their heads to replicate Mal’s buttons. I’m now waiting for a 455 Schaller bridge to replicate the Donington look. I’m excited!!